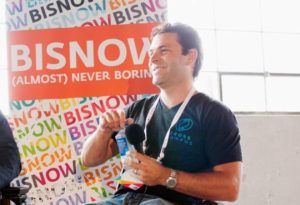 Our friends at Bisnow recently released an article on how coworking is changing office real estate around the world. It's clear to see co-working is no longer a regional trend, but a worldwide market that continues to grow in popularity. The article states that even international giants like Uber and Tesla are finding their new office homes in co-working spaces. Our CEO and co-founder, Ronen Olshansky, was also featured in the article.

"Cross Campus CEO and co-founder Ronen Olshansky said during a Bisnow event he expects co-working to become a larger part of the office segment. He estimated co-working makes up about 1% of office spaces, but he expects in a few decades co-working will make up 15% of office market users and more large users will be attracted to the segment."

Coworking Is Changing The Face of Office Around The World by Julie Littman.