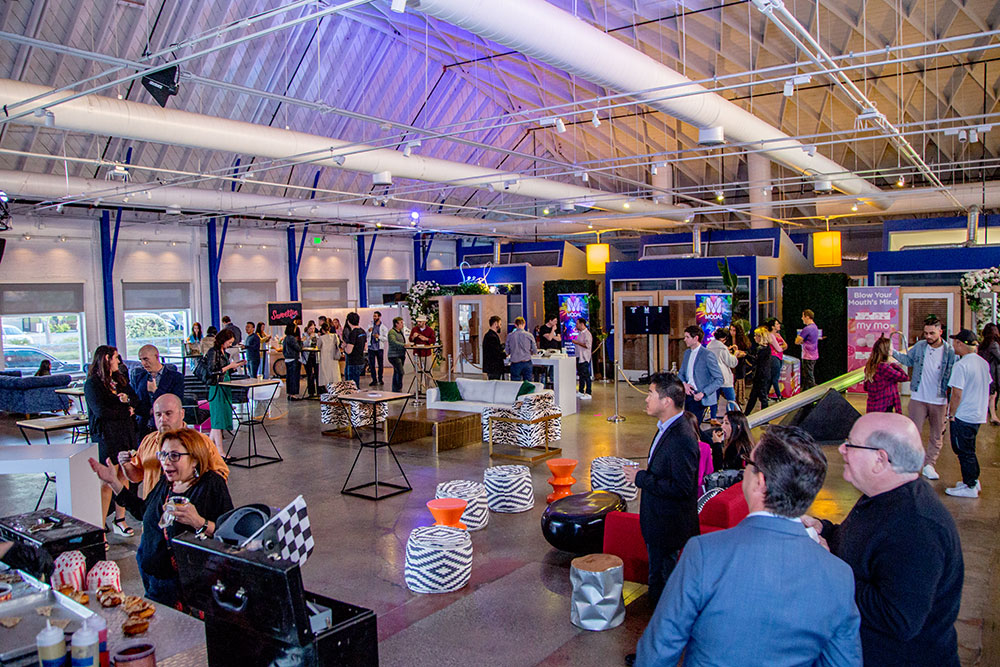 Cross Campus Turns it up to 11 for Event Expo

It was an event planner’s paradise at Cross Campus last week, as our Santa Monica location played host to an expo for event-industry professionals.

There was a whiff of Willy Wonka’s Chocolate Factory to the affair, whose offerings ranged from immersive virtual reality installations, to blowtorch-toasted savory donuts, to live magic acts and a sci-fi-seeming see-saw.

Dozens of event planners, designers and producers were in attendance, sampling the wares from a dynamically divergent assemblage that included:

Here are some scenes from the expo:

By pressing submit you're agreeing to receive the Cross Campus newsletter
Thank you! Your submission has been received!
Oops! Something went wrong while submitting the form
Cross Campus HQ
929 Colorado Ave, Santa Monica, CA 90401
(866) 276-2267     info@crosscamp.us