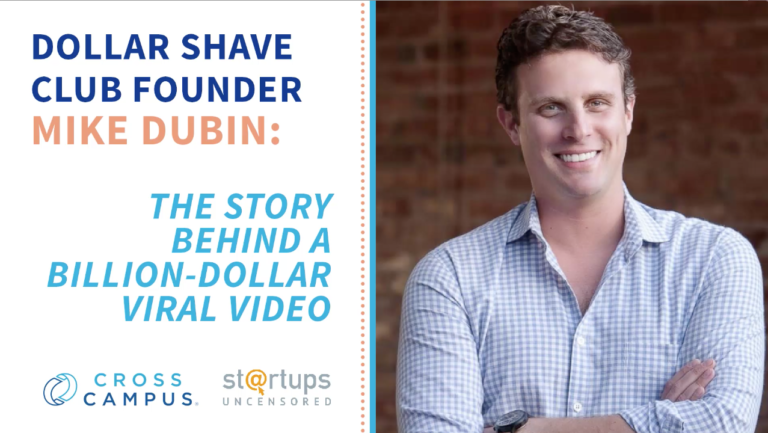 Dollar Shave Club founder Mike Dubin launched his subscription-razor company largely on the strength of a now-iconic viral video. But before the video became viral or iconic, Dubin didn't even want to put the video on the company's homepage.

Find out what worried him about the video, along with other behind-the-scenes details about the company's early days, in our video below. It's from an edition of Startups Uncensored, hosted by Comparably founder Jason Nazar and held on the stage of Cross Campus Santa Monica.