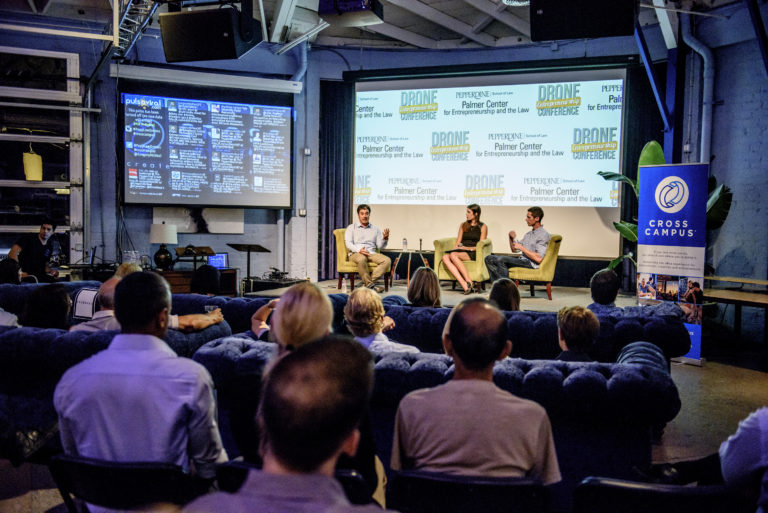 The buzzing of drones filled the lofty airspace of Cross Campus Santa Monica at the Drone Entrepreneurship Conference in Sept. 2015.

(As we close out 2016 and launch our new website, we’re reposting some of our favorite blogs from the past few years. This entry is #6 on our Top 10 list.)

Did you know that from 2015 to 2025, unmanned aerial vehicle (UAV) integration within national air space will account for $82.1 billion in job creation and economic growth? The Geoffrey H. Palmer Center for Entrepreneurship and the Law, and Pepperdine University School of Law dropped this knowledge bomb (and many more) during their 2015 Drone Entrepreneurship Conference, which we recently hosted at our Santa Monica space.

Topics included laws for commercial use of drones, how to support drone entrepreneurship funding, drone security, and so much more. We would like to send a big thank you to Pepperdine for hosting this wonderful event with us!

Check out some of our favorite tweets from the night and see the photo gallery here!

Spending my evening at #crosscampus hearing about drone entrepreneurship #pepplawdrones Trying to learn how I can help with IP and #patents — Monica Adjemian (@mofomon) September 25, 2015